Exhibition and Meeting with Lucrezia

Homage to Lucrezia Borgia five hundred years after her death. Exhibition of Lucrezia's dress and other costumes and objects used during the historical commemoration called "Palio dei Borgia" which takes place yearly in Nepi at the end of May.

Five hundreds years after her death, the Civic Museum of Nepi in collaboration with Municipality of Nepi and "Palio dei Borgia" Institution wants to honor one of the most important personality of italian Renaissance: Lucrezia Borgia.

Once famous for her beauty she really was a controversial figure; known as a "femme fatale" because incest accusations against her at that time and above all the fame to be a poisoner which 19th century literature gave her.

During the last ten years her personality was positively reconsidered by historians above all bacause of her last period of life when, as Duchess of Ferrara, she showed her great skills as diplomat, politician and patron. In 1499 she became the "Lady of Nepi". The historical commemoration called "Palio dei Borgia" commemorates the first time she entered Nepi in September of 1499 with her father, Pope Alexander VI, and some Cardinals to wait her in our city.

Starting from today and all along this month of September 2019 inside the Civic Museum of Nepi will be possible to visit the exhibition "A Meeting with Lucrezia" which will give you the possibility to see Lucrezia's dress also used during the yearly historical commemoration. Near this splendid costume will be exhibited other dresses and objects to show the yearly historical commemoration of "Palio dei Borgia".

This will be an opportunity for anyone who never seen the commemoration to know one of the most important festivity of our city; and for those who already know it to see images and videos of it and to live again all the emotions this commemoration gave us.

We are waiting for you! 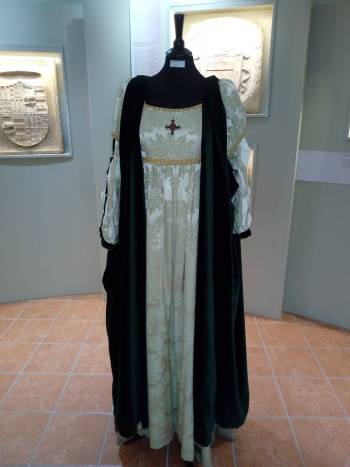 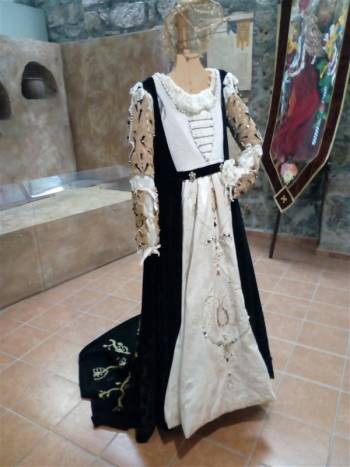 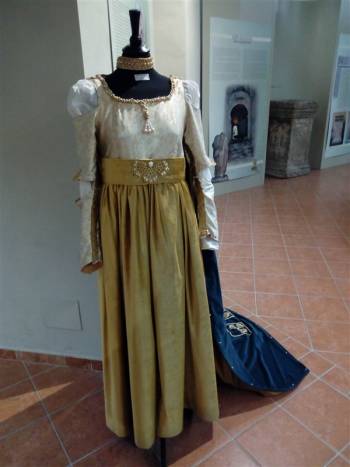 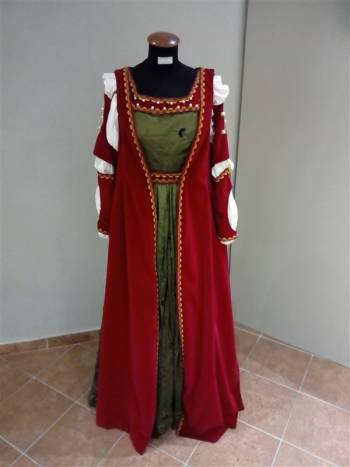