The Church of Santa Maria Assunta, called "Duomo", stands on the same area of ​​an ancient Roman Forum. It is the result of a series of remakes. The crypt and the high altar, with its decorations, are the most valuable elements along with different frescos.

According to local traditions the Cathedral of Santa Maria Assunta was built on a pagan temple. The building as it stands today is the result of a series of renovations ended in the last century. The first historical record of a Cathedral in Nepi dates back to the 5th century.

It is not possible to establish if this first Cathedral stood where the Dome is today. With the exception of few 9th century architectural elements the church preserves mainly 12th century elements such as the marvelous crypt and the lower part of the bell tower.

The rectangular crypt is divided in 9 small naves separated by 24 columns and has three apses. The capitals are extremely fascinating with their unique vegetable and human and monstrous figures typical of the roman art. 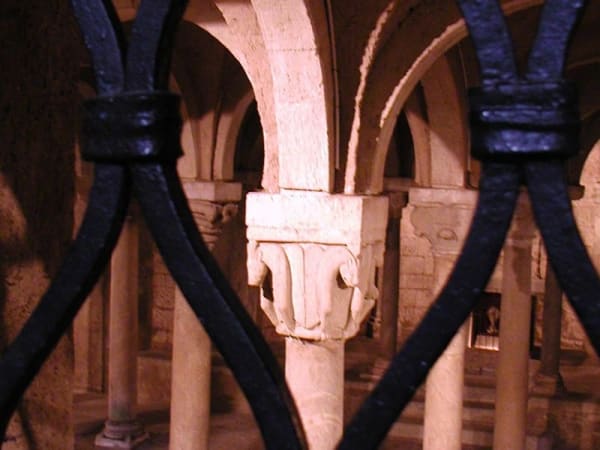 An epigraph on a wall records the cathedral consecration in 1266 by bishop Lorenzo.

The three apses structure was renovated in the 17th century. In 1608 the central apse roof was renovated and in 1647 the porch. After 1680 the fourth apses was built.

In 1752 the 5th apse was added as recorded by the epigraph written on the lateral entrance in Via Matteotti.

The cathedral endured serious damages during the fire in 1798 caused by french troops. All the wooden structures and the furnitures were destroyed.

The reconstruction was wanted by Nepi’s bishop Anselmo Basilici. It took place from 1818 to 1840.

The frescos decorating the inside were realized only after. Maria is the recurring figure of the frescos, whose life is represented in 12 scenes painted on the central nave.

On the choir walls two frescos show the episcopal consecration of Saint Romano and his martyrdom. The paintings were realized by Domenico Torti and Ludovico De Mauro from 1868 to 1873. 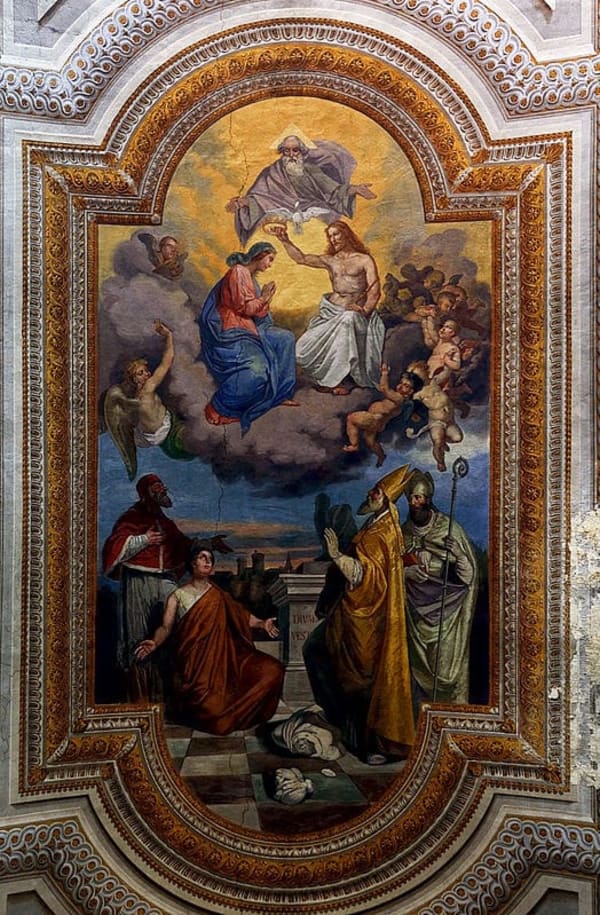 In 1901 the paving was substituted. Originally the paving style was ccsmatesque, namely composed by polychrome marbles, as the remaining fragment under the portico shows.

The High Altar and the Santissimo Salvatore Triptych

The sculpture decoration of the high altar is the best preserved in the Cathedral. The work by Ercole Ferrara, Bernini’s pupil, illustrates Saint Romano lying down with Saint Savinilla in the act of covering Jesus with the sepulchral veil. In 1680 the work was placed on the urne containing Saint Romano’s relics.

In the presbytery we find the Triptych of “Santissimo Salvatore”. The central panel illustrated the savior while the two laterals depict Saint Romano, the angel Gabriel and the Virgin Mary. 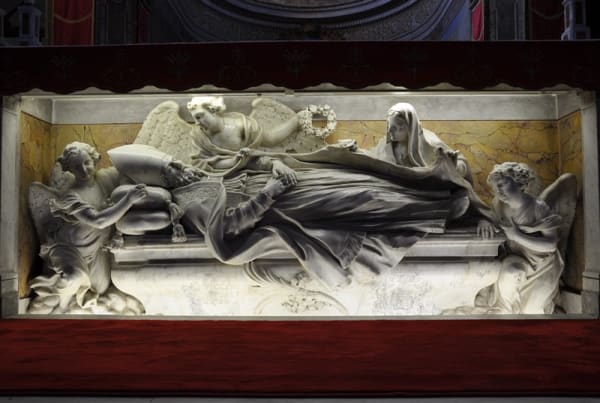 The local tradition attributes the work to the painter Giulio Romano, but some historians date it in the 16th century.

The wooden statue depicting the crucified Christ by Antonio Ispanico is placed in the chapel of “Santissimo Crocifisso” along the fifth nave.

The beautiful painted panels by Antonio del Massaro known as “Pastura” depicting the Saints Tolomeo and Romano are placed in the sacristy, where is possible to admire also four small 17th century paintings by Mattia Preti illustrating the Saints apostles Pietro, Bartolomeo, Giuda, Taddeo and Matteo.

The four portraits belonged to the cycle of apostles and were brought to Nepi by bishop Marcello Anania who was also the patron of the artist.

Next to the left entrance of the cathedral a plaque placed by his brother remembers the bishop’s death in 25th April 1570. 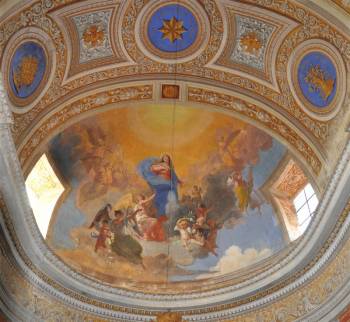 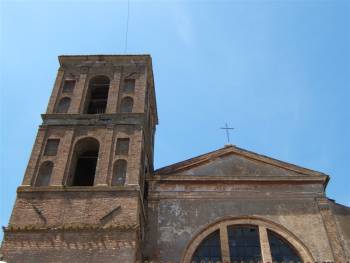 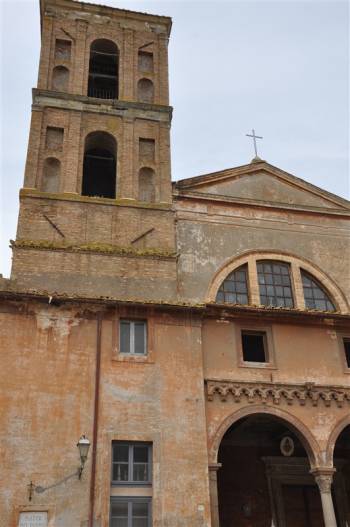 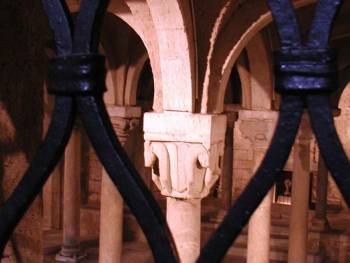 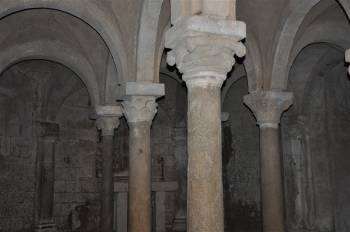 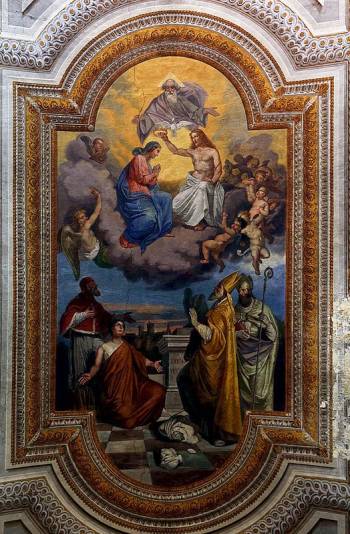 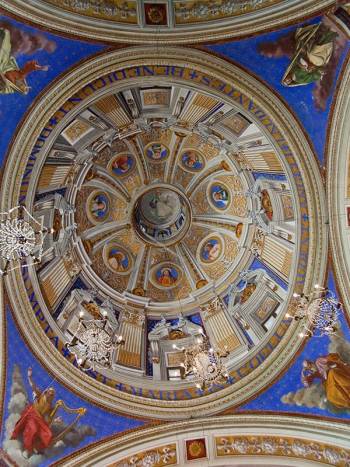 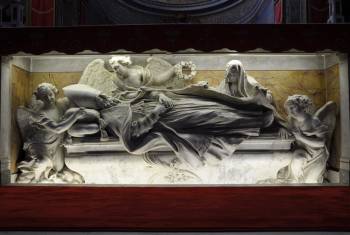