The catacombs appeared in Rome at the end of the 2nd century a.C. They were large underground galleries. The catacomb in Nepi is among the most extraordinary in Lazio.

With the Christianization of Italy the first communities needed funereal areas separated from pagan ones. These cemeteries are characterized by tunnels dug in the subsoil. In Lazio the catacombs appeared at the end of the 2nd century.

Although Nepi’s Catacomb is smaller than the ones in Rome, its wide and high galleries dug in the tuff stone make it an extraordinary monument. Inside there are more than one thousand sepulchers of different kinds.

According to a medieval document called "Passio sanctorum Tholomei et Romani", Saint Savinilla might have collected the bodies of Tolomeo and Romano and buried them in a crypt dug in her property.

Tolomeo and Romano were martyred under the emperor Claudio “il gotico” who ruled between 268 and 270. Archeological discoveries tell us that this crypt was used until the 5th century.

According to popular tradition Saint Romano is buried in an arcosolium inside the crypt. Two panels in the crypt illustrate the image of Christ Blessing and the two apostles Giovanni and Giacomo Maggiore. 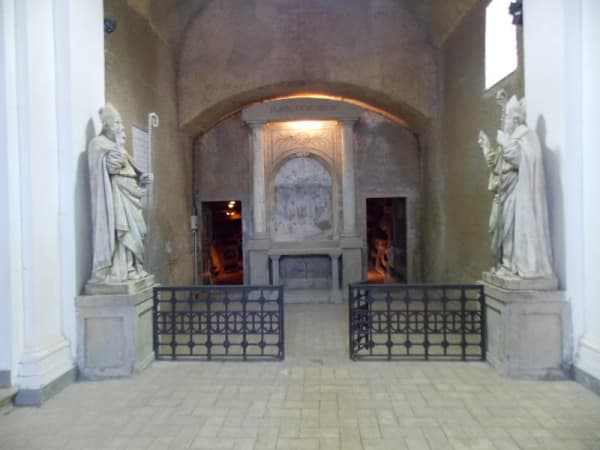 In the Middle Ages a church dedicated to Saint Tolomeo stood on the site, then demolished in 1540 following the construction of the fortified walls of the city. According to local tradition, the demolition of the church led to the rediscovery of the underground cemetery, long abandoned, and to the discovery of the bodies of the Martyrs still intact.

This tradition that suggests a long abandonment of the catacomb is denied, in addition to the 14th century fresco, the discovery of medieval-era lamps and a document from 1492 that recalls the existence of the galleries. As happened with other catacombs, even if the use of the place as a cemetery ended, the presence of the tombs of the Martyrs triggered a devotional attendance that continued throughout the centuries.

Still today on the 24th August the city celebrates the Saints Tolomeo and Romano patrons of the town. For this occasion the catacomb is open to the public.

Saint Tolomeo Church out of the Wall

Saint Tolomeo Church out of the Wall was built between the end of the 17th and the beginning of the 18th century. It is still possible to enter the Saint Savinilla Catacombs from it.

The construction caused the destruction of a part of the catacomb as confirmed by recent archeological discoveries. The confirmation was obtained from the recent restoration works that have allowed to investigate under the pavement of the church. The excavations revealed how part of the surface of the current building was occupied by the burials dug in the tuff bank and that the current entrance to the galleries does not correspond to the original. 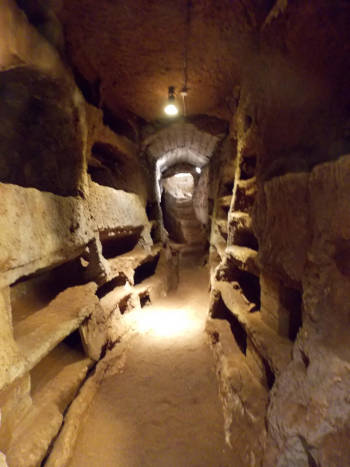 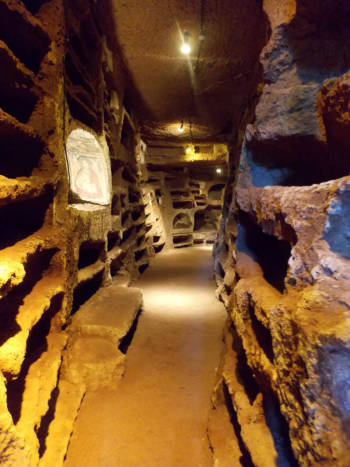 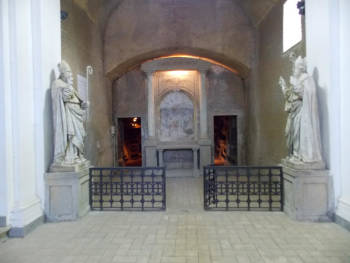 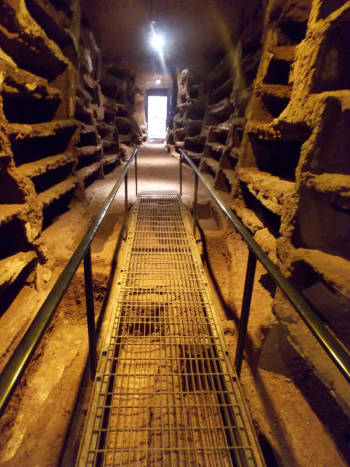 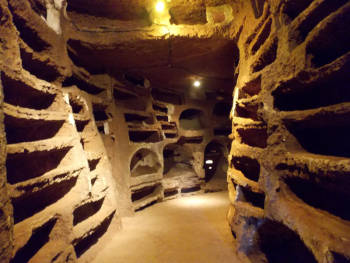 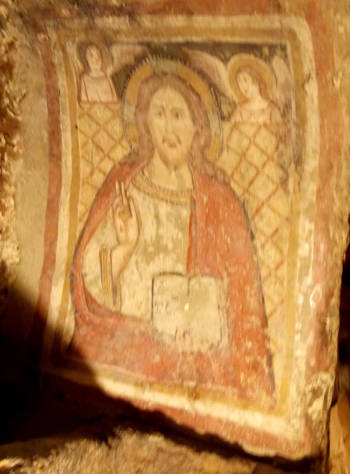